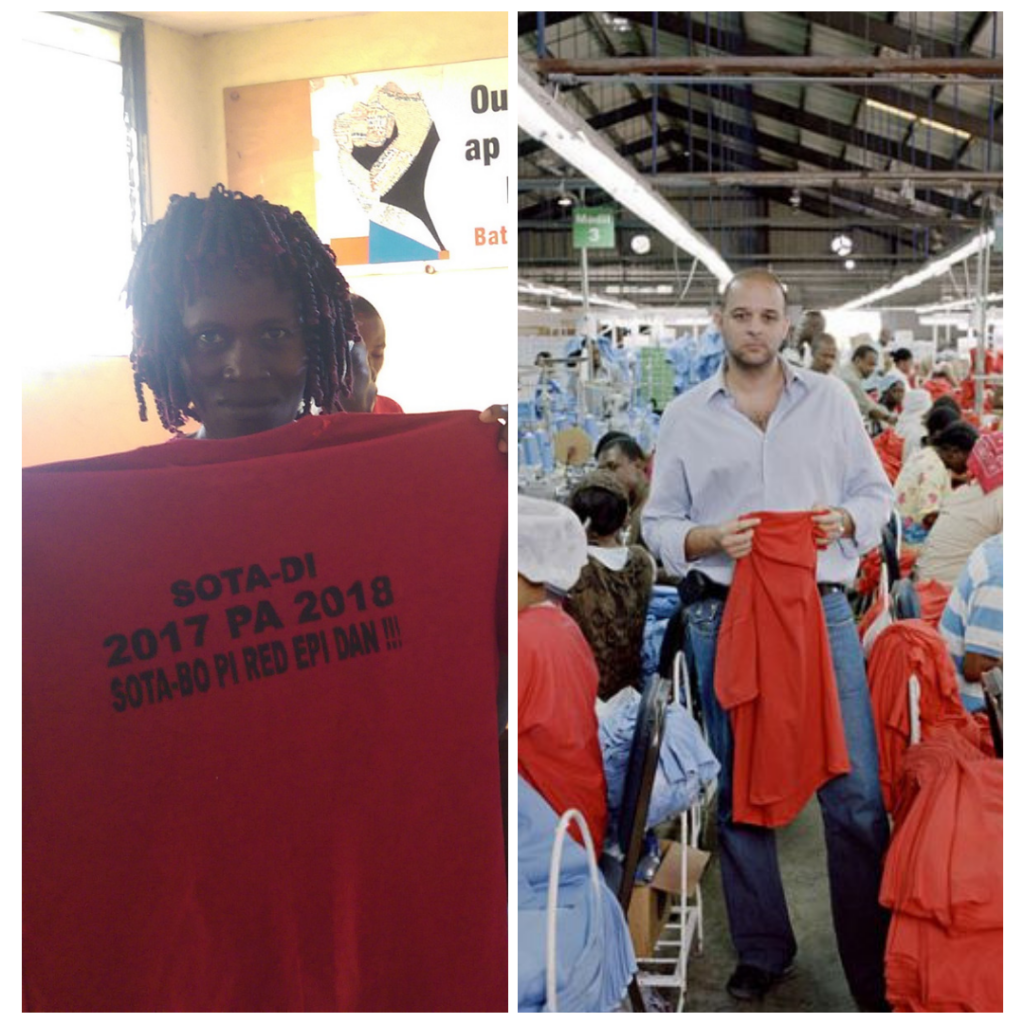 We recently put out a call, asking for folks to contact Haitian factory owner, Clifford Apaid who illegally fires and represses union members for exercising their legal rights throughout his multiple factories.

Good news! We received word that:

The workers have asked that we refrain from giving any pressure for the moment. We’ll see how negotiations go, and if Apaid keeps his word.

We will keep you posted, because is definitely not the end. The struggle continues.

But, for the moment, some good news!

Thank you so much for your support and solidarity <3