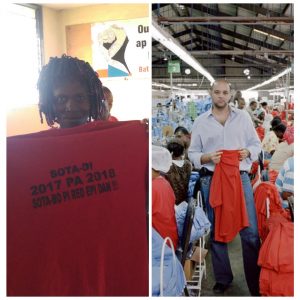 We recently put out a call, asking for folks to contact Haitian factory owner, Clifford Apaid who illegally fires and represses union members for exercising their legal rights throughout his multiple factories. In 2017 more than 400 workers were suspended from Premium Apparel for over 4 months. In 2017, 32 workers were fired from Inter-American