They are under fierce attack and need our solidarity now.

* If you are familiar with the situation, please click here to jump to the bottom of the page to take action now.

The strike and mobilizations have spread country-wide, thanks to the efforts of PLASIT-BO, a federation of textile trade unions affiliated with Batay Ouvriye (Workers Fight), an independent workers movement. (Click here for more info on these organizations).

Friday 5/19 and Saturday 5/20, thousands of workers shut down dozens of textile factories in Port Au Prince, marching in the streets and blocking the road to Toussaint Louverture International Airport.

Haitian garment workers receive the lowest wage in the western hemisphere. Production quotas are often set impossibly high. Factory owners and management do not respect the law, and often do not pay the existing minimum wage. Union members and organizers are constantly harassed and arbitrarily fired for exercising their legal rights.

Despite the fact that nearly 4,000 workers chose to strike on Friday and Saturday, Haitian factory owners with the Association of Haitian Industries (ADIH) falsely claimed that lone “militants and syndicalists” pressured and actually beat workers, forcing them to join the strike and marches. These false allegations are meant to detract from the every day exploitation, repression and anti-union activity that factory owners and management exercise against workers to increase their profits.

Monday, 5/22/17, the strike continued and grew with garment workers blocking several roads in the capital, Port Au Prince, including the road to the airport. 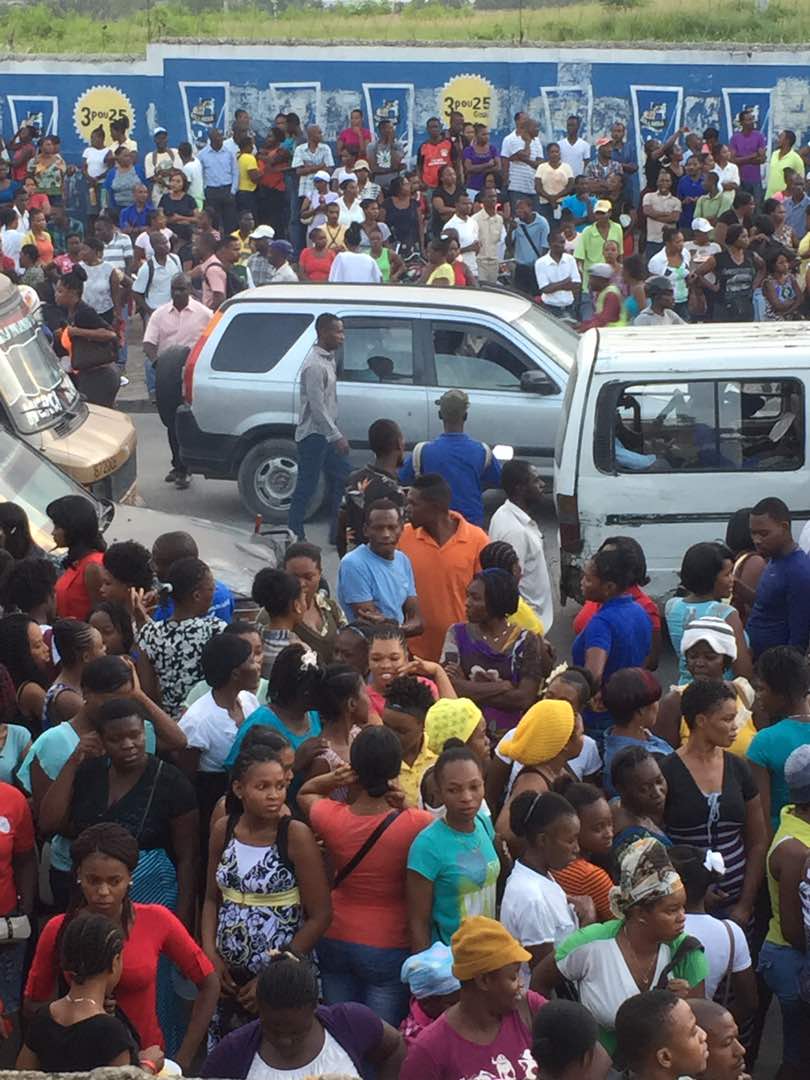 Workers in other parts of the country also joined the strike. SOKOWA union members at CODEVI Free Trade Zone in Ounaminthe, Haiti leaving their work and taking the streets. Ounaminthe is in the northeast part of Haiti, on the border of the Dominican Republic.

In the southern part of the country, in Carrefour, workers and members of SOTA-BO textile union also walked out of their factory jobs to join the strike and to demand 800 Gourdes.

Factory owners and the state responded with repression firing more tear gas and rubber bullets at workers fighting for their rights.

Tuesday, 5/23/17, workers returned to work today, but many in Port Au Prince and Carrefour engaged in a work stoppage, meaning they sat at their stations, but did not work.

Some workers at the following factories engaged in the stoppage:

At 12pm today, Tuesday, 5/23/17, the RRN received reports from SOTA-BO that the Haitian National Police & CIMO riot police entered factories number 50, 52, and 53 in the Sonapi Industrial Park in Port Au Prince and “severely repressed the workers.”

We are unsure of the actual names of these factories.

At 1:54pm, we received this photo of a woman worker in factory number 52 who was beaten by the CIMO police force. At this moment, she is reported to be lifeless. 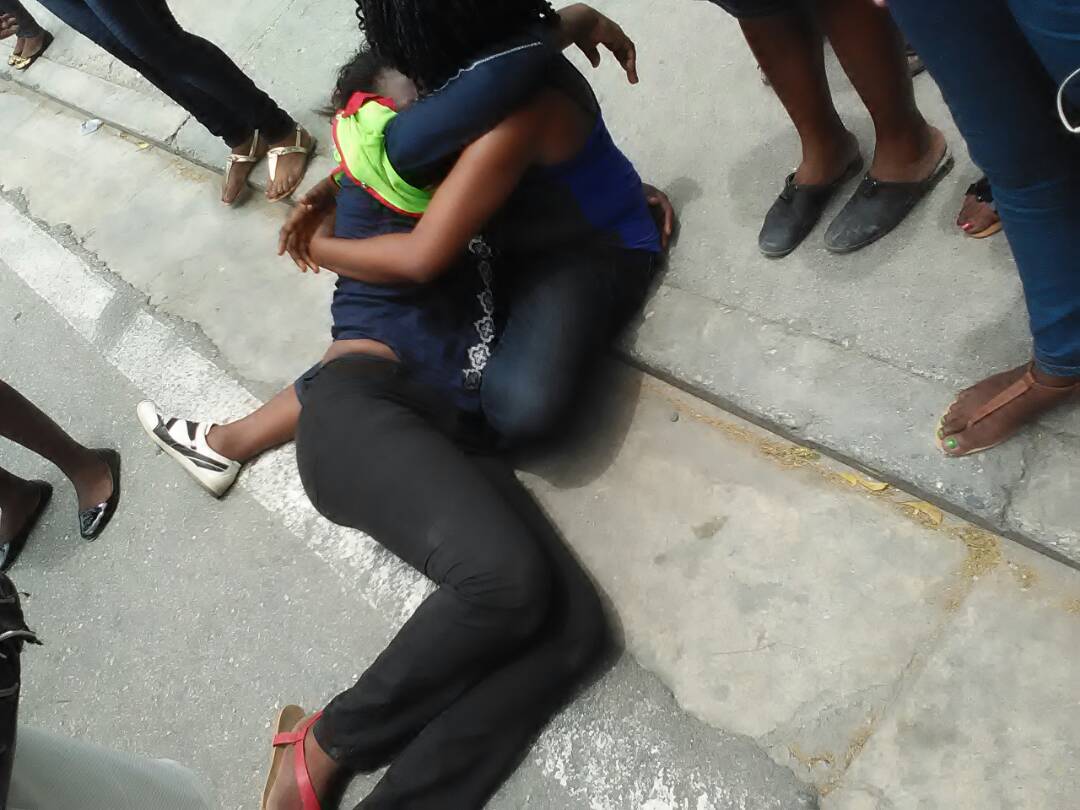 Many workers have fled the SONAPI Industrial Park and have taken refuge at the Batay Ouvriye workers center and at a nearby radio station.

At 2:50pm, 5/23/17, RRN received a report that the national police were also brutalizing workers in Carrefour, Haiti. This is just south of Port Au Prince.

IT IS TIME FOR SOLIDARITY. WE CANNOT SIT IDLY WHILE WORKERS ARE BEATEN TO DEATH FOR THE PROFITS OF FACTORY OWNERS AND THE BRANDS THEY PRODUCE FOR.

HOW YOU CAN HELP:

Let’s flood the email inboxes of the following:

Copy and paste the below email, or write your own, and send it to these contacts.

Please be sure to copy Batay Ouvriye on the email.

To Whom it May Concern:

I am emailing in support of Haitian garment workers in Port Au Prince, Carrefour, Ounaminthe and Caracol.

I am outraged by the use of brutal and deadly force against workers!

I stand with the workers who are bravely striking and demonstrating for their rights.

Factory owners and the brands they produce for make millions, sometimes billions of dollars in profit by exploiting these workers. They are within their rights to organize and demand decent pay to house, feed, clothe and educate themselves.

2. Make a financial contribution to support this fight. Your contributions help pay for printing leaflets, gas for organizers to travel between factories, strike funds to help feed workers when they are not working, and more.

Your contribution of $50, or any amount, will help workers continue their fight.

3.  Spread the word on social media & follow the RRN.

THANK YOU FOR YOUR SOLIDARITY.