In Haiti, there are virtually no state-provided services. Roads are a mess and basic infrastructure is missing in most places throughout the country.

On January 31, 2017, workers of the SOKOWA textile trade union, working in the Codevi Trade Zone in Ounaminthe, went on strike and took the streets protesting a 13% tax on their wages. Thousands of other workers and other people joined them to march.

While a wage tax sounds like a normal practice, this is a means of the state and its officials to accumulate more wealth off the backs of workers. They already receive starvation wages with no public services.

Click here to get more info on this situation.

After the January 21 mobilization , state officials agreed to meet with the workers, but held their ground on extracting the tax. So SOKOWA, garment workers, and many others took the streets again last week in protest. 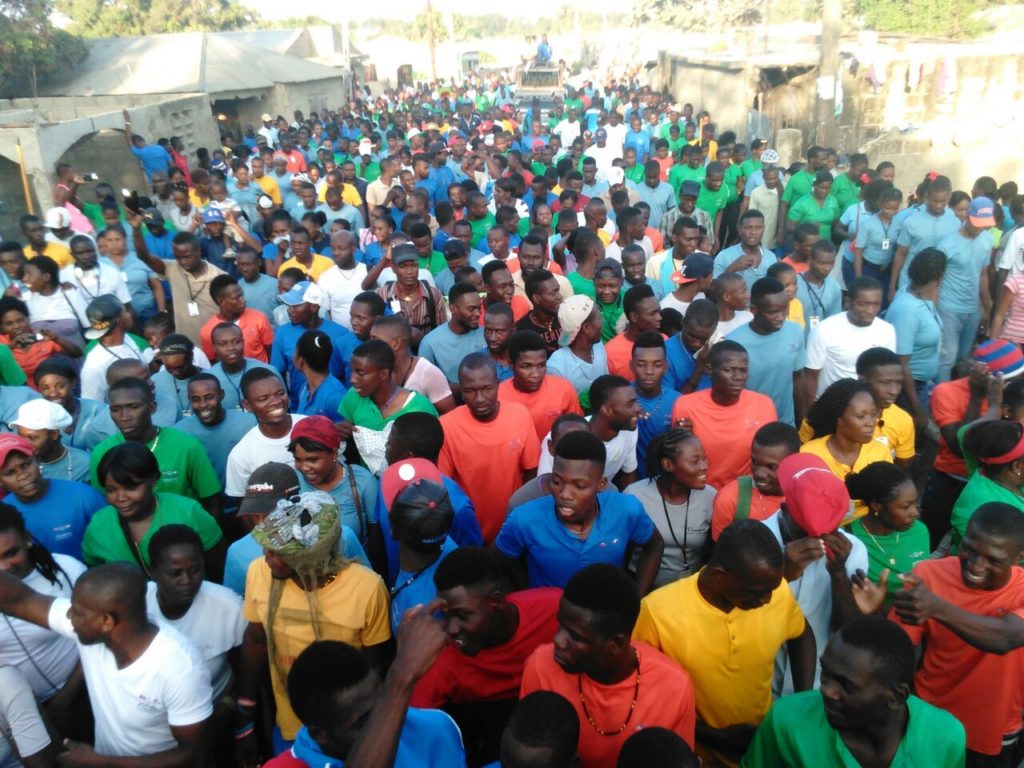 Below is the text from the leaflet distributed in the Codevi Free Trade Zone that again brought thousands of workers and others out to the streets to protest this injustice (English & Kreyol).

As a result of the march we organized this past January 30, 2017 for the mobilization against paying taxes without services, the director of the State Tax Authority (DGI) came to Codevi. He remained steadfast on the tax collection question. He said Codevi is obligated to collect the 13% tax on our miserly wages. Are we going to accept this nonsense? For a response to the DGI director, we are organizing a march this afternoon after work at 4 :30 pm. We are awaiting you all to rally in front of the bridge. Do not believe people who are saying this is not true. Fetch one another to come and make the government understand we disagree. NO, WE ARE NOT OBEYING ! NO, WE ARE NOT PAYING TAXES FOR NOTHING ! NO SERVICES, NO TAXES !

Follow the RRN for updates, as these workers may be calling on us for solidarity soon!